Local archers can hit their butts with both hands.

Over the last two weekends several members of our club and other local archers participated in the Utah Open in Salt Lake and the Idaho Open in Pocatello.

I thought I’d take a moment to list some of the local archers who shot well.

Permanent link to this article: http://BearRiverArchers.org/local-archers-can-hit-their-butts-with-both-hands/

Those of you at the meeting last night are already well aware of this. For the other 98% of us here’s the plan for the Fall league we’ll be having this year.

Fall League will start on November first at 7:00 PM at the archery building and will run for the next 6 weeks on Thursday and Friday night. The cost will be $25.

On Thursday nights will be the “League” night and on Friday we will have novelty or teaching nights.

Novelty Fridays
Week 1: Bow Tuning
Week 2: Poker Night (bring quarters)
Week 3: Intro to Tournament Shooting
Week 4: Team Shoot
Week 5: Blind Draw Teams
Week 6: Open, if you have any ideas for what you’d like to do this week email us with the contact form.

Permanent link to this article: http://BearRiverArchers.org/fall-league/

Compounds at the Olympics

Check out this article I was linked to from the NY Times.

Compound Bow, a Sport’s ‘Ugly Stepchild,’ Is Still in Exile 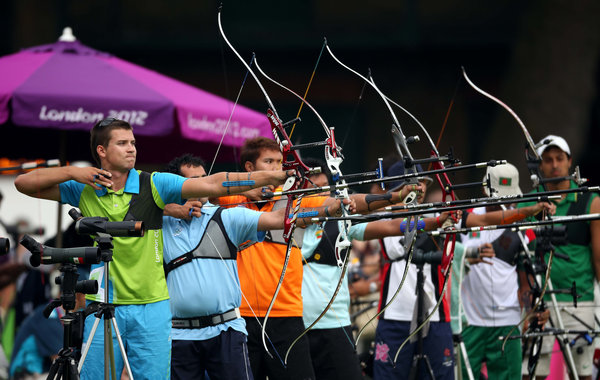 LONDON — More than 100 athletes competed for 12 Olympic archery medals over eight days at the majestic Lord’s Cricket Ground, but the archer who may be the most dominant in the world spent most of the time sitting at home in Idaho. 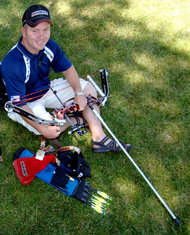 Reo Wilde is the top-ranked compound archer in the world but cannot compete in the Olympics with that bow.

The archer, Reo Wilde, won the past four World Cups. He holds six world records. And at a recent competition, he twice fired 10 X’s, or shots to the innermost ring on the target, in a 15-arrow sequence. The most X’s anyone else has recorded in 15 arrows is seven.
END_OF_DOCUMENT_TOKEN_TO_BE_REPLACED

Permanent link to this article: http://BearRiverArchers.org/compounds-at-the-olympics/

There will be a club meeting

at the Archery Building.

as well as changes in the presidency.

So we would like to have as many people as possible show up.

Permanent link to this article: http://BearRiverArchers.org/fall-club-meeting/

Permanent link to this article: http://BearRiverArchers.org/video-of-local-archers-from-cache-valley-daily/

You can see the article on Cache Valley Daily’s site or read below.

Seven local archers are making noise in the world of archery and putting themselves on the map.
Based out of Cache Archers in Logan and Bear River Archers in Preston, Idaho, Riley Whiting, sisters Lindsay Argyle and Amber Christensen, father and son Kerry and Darrin Baird, and best friends Seneca Francis and Nicole Bassett have each left their own mark on the sport.“We all shoot at the two local clubs,” Bassett said. “We all met there, though some of us have shot together for years. You meet some of the best people in the world. You can go to one meet a year, see those people once a year and it’s still big smiles and fun.”

And while Whiting came home victorious, Argyle struggled at the competition due to illness. The 23-year-old from Weston, Idaho suffered from food poisoning the second day of the tournament, and struggled, losing her first match.

END_OF_DOCUMENT_TOKEN_TO_BE_REPLACED

Permanent link to this article: http://BearRiverArchers.org/cache-valley-daily-article-about-club-archers/